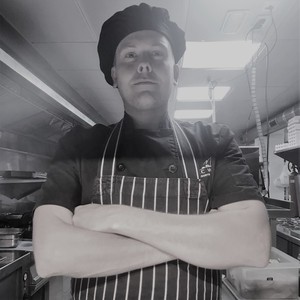 James has a vast culinary knowledge backed up by stages and events worked around the globe. Starting his career at a young age as a pot-wash in Northern Ireland he soon became inspired by his love of food to train as a chef. After his Apprenticeship at the Yellow Door and finishing culinary school James moved to London where he went on to work at Daphne's, Windows and Rhubarb among others. Having a huge passion for travel he has also stagier-ed In France, Spain, U.S.A, Australia and India. Combining worldly flavours with clean simple presentation his menus are sure to deliver.