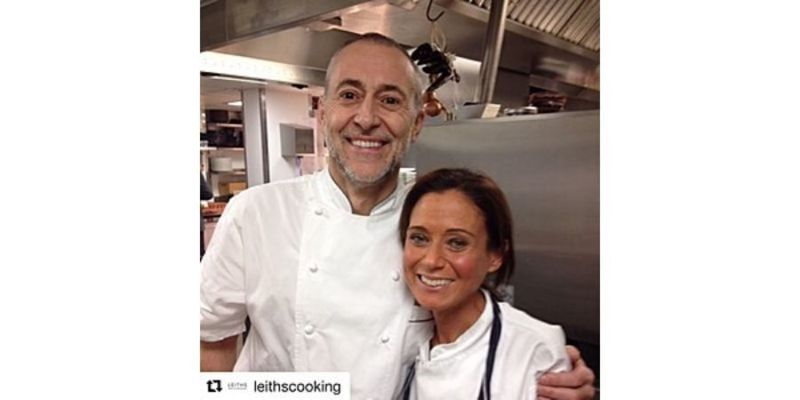 
The Beginning
I’ve been the main cook in the house since I was 7 or 8 as mum never enjoyed cooking. Trained as a professionally qualified Chef at Leith's School Of Food & Wine in 2015
Foodie Passions
My absolute passion is giving recipes my unique twist with flavour combinations, spices or creating dishes that, on the surface seem near impossible. Making vegan nougat for example… a recipe that relies on honey and eggs….. with no honey or eggs? It just gets me buzzing!

A Childhood Love  of Fresh Veg to Specialist in Unique Flavour Combinations, Asian Cuisine and Vegan Dinner Parties
Even as a young child I have never really enjoyed the taste and texture of meat. Fish and chicken were fine but I’d be the one picking away bits of bacon out of a quiche and opting for asparagus even at the age of 5!
As a family, we have always eaten fresh vegetables and I guess as a professional chef, the movement into cooking plant-based cuisine for dinner parties was a natural progression.
Where it really took off was when I began writing recipes for HealthyLivingLondon.com It was at a time where mainstream vegan food was generally beans, pulses or deep-fried quorn. I knew from my own experience that there is so much more to plant-based eating than this, you only have to travel to Asia to see whole cultures that rely on a vegan or vegetarian diet most of the time to see that the boundaries are limitless.
For me, I enjoy the challenge of creating something seemingly impossible and making it my own and delicious. The challenge is endless, I especially love being asked to chef for vegan dinner parties. this is where I really get to let my creativity shine and I love to see meat-eaters wowed by how wonderful vegan dinner party plates can look and taste!
But the best thing? Whenever I want to, I can still cook meat and experiment in that field. Being a chef means you can be as creative as your imagination allows. Only yesterday I was cooking up chicken with tofu in a Japanese dish and the flavours worked so well. This is why I love what I do.

Eating for Health for example following patterns for your Dosha in Ayurvedic Eating.
Including spices in your cooking for their unique health benefits, for example Fenugreek for Digestive Health and Turmeric with Cracked Black pepper and soluble fats for Anti-inflammatory Benefits.
The rise of new plant milk using alternative proteins such as Peas and Beans.
More extensive use of Aguafaba (whizzed up chickpea water) such as in Mocktails Etc.
On that note…. The rise of the Mocktail!


An Epic Journey As A Chef

The Last Few Years have been incredible: stressful, turbulent, but above all the most positive experience of my life. I’ve dabbled with death, been at my all-time emotional low, but I’ve risen, grown as a person and come out in the best place I have ever been.
A New Fatal Accident
Before I enrolled at Leith’s, life had become a monotonous rollercoaster. A Near-fatal accident in 2007 had left me needing many bouts of surgery and had quashed any hopes of starting a career. Yes, I worked, events management, retail, etc but nothing pushed my buttons. I reached a point where I needed to do something for ME, that I would feel fulfilled with.
Ever since I can remember I’ve been fascinated by food. Name a holiday and even at age 5, I could tell you what we ate and what it was like. I didn’t realise but food had been my passion since I can remember, which is bizarre as no one in my family is remotely foodie.
Cooking From An Early Age
I was, by default, the main cook in the household from an early age. I learned the basics from my mum, who, whilst a good home cook, hated every second, so she gladly handed over the reins. Cooking became my 'go-to' stress relief. When things got tough, I could bury myself in the kitchen and experiment.
It is perhaps the importance of food in my life that led me, at the lowest point in my Biological Sciences Degree, to develop an eating disorder, I could control the one thing that really meant something to me.

Taking The Bull By The Horns and Leiths School for Professional Chefs
This was to ravage the next 19 years of my life so, in 2014, I took the bull by the horns and enrolled in Leith’s Diploma Course to become a fully-fledged professional chef. Yes, I was scared, what if I began to resent my passion and hobby? What would I be left with? But the lure of that professional chef's qualification that could lead to so much more was too intense, confounded by the fact that I had just completed a one day course in Patisserie at Leith’s and loved every second.
Again, my past would creep up on me and I was forced to leave after only the foundation term as I needed more major surgery. Someone was smiling on me though and Leith’s agreed I could come back to complete the course the following year. In hindsight, this couldn’t have worked out better...


Michel Roux Jnr & Freddy Forster
After recovering, I struck a relationship with Michel Roux Jr, who allowed me to stage in all his London restaurants! This gave me such a buzz and I also staged at Blumenthal’s’ Hinds Head in Bray, Castle Terrace in Edinburgh and Boundary, under the fantastic Freddy Forster (more about him later).
Upon returning, Leith’s was tough, time plans and a 4-hour commute each day above and beyond the cooking left me exhausted but happy, I was determined to achieve my goal. Leith’s has it all, amazing tutors, guest demonstrators and a support network like no other. I graduated in 2016 with Merit, only a couple of marks away from distinction. I couldn’t be happier.
Having learned so much under the guidance of Freddy Forster, I was given the job of Pastry Chef at Le Pont De La Tour. It was amazing, he is an outstanding leader and I gained so much from my role. But, again, my health would intervene and I was forced to leave with kidney problems. But, luck was to change. I got back in touch with an old school friend who I owe everything to. I wouldn’t be where I am now without her encouragement. She pushed me to set up freelance and begin writing recipes for brands and work on my own material for eBooks.
This is where my dream comes true. I now recipe write for brands such as Steenberg’s Spices and The Wasabi Company, my first eBook is getting published this year and I have taught classes for Riverford Organic, alongside working abroad and in this country as a private chef.

Favourite Dish
Definitely Asian…. There's half a world of wow out there!!
Favourite Catering Experience
Working at all of Michel Roux Jr, London Restaurants, culminating with La Gavroche.
Starting Price Point
Around £35 per person.
Susie Morrison cooks for We Dine diners in the Weymouth area.
Follow her on Instagram@GourmetGlow

One of the best things about using We Dine is that you can liaise directly with chefs in your area to discuss your specific meal requirements together. Whether you are looking for specialist cuisines, vegan or vegetarian food or have special dietary requirements you can plan your menu and arrangements without the 'middle man'!

Signing up to We Dine takes less than a minute, its completely free to use and there's never any obligation to accept any menu offers from chefs we've matched you to. Once you've signed up,  you're all set and ready to post requests!

It's great fun to receive notifications of offers made by chefs and its exciting to see what ideas they come up with. Give it a try today and sign up here!

Browse current offers and requests on the We Dine platform to see what kinds of dinners and parties are currently being discussed between diners and chefs or watch the short video on our home page to learn how it all works!

Ready to get your dinner sorted?